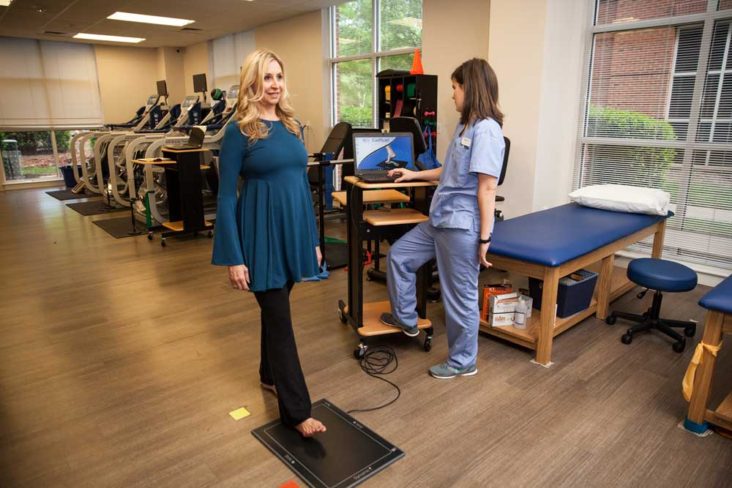 Just as “putting your best foot forward” has different interpretations, so, too, does the simple word “orthotics.” Most will think of something that slips into a shoe to make it more comfortable.

And while this isn’t wrong, it’s not the whole picture.

“Orthotics is a generic term,” says Sean Whalen, M.D. of Flexogenix®. “By definition, orthotics have to do with anything that helps the body to mechanically accomplish what it can’t do on its own.” So orthotics can include insoles, braces and prosthetics.

In step with basic orthotics

Osteoarthritis of the knee causes the joint space to narrow, resulting in a misalignment in one side, which changes the way the foot comes into contact with the ground, says Dr. Whalen.

“An insole can compensate by adding extra material to the base of the foot,” says Dr. Whalen.

Many people are familiar with insoles sold in the foot-care aisle of supermarkets or certain chain stores. “Sometimes people can get lucky,” says Dr. Whalen – who admits that even he loves the extra comfort that an insole can provide to his dress shoes.

But there is the potential to over- or under-compensate, he says, drawing an analogy to purchasing reading glasses without knowing the proper prescription strength.

“It’s also like buying a custom gown, which is fit exactly to the body, versus shopping the available sizes.”

Now envision the foot – wide, narrow, average and all that’s in between. But unlike the torso that merely wears the gown, the foot is charged with holding the wearer of that gown upright and moving the wearer – and gown – forward. Quite a responsibility.

To meet that responsibility, Flexogenix® uses a GaitScan similar to a "heat map" to illustrate the pressure on the foot as it hits the ground. Patients’ insoles, then, are customized to reduce that pain-exacerbating pressure.

Orthotics can be used alone or in conjunction with one another, as required. “Our mainstay, however, is the unloading brace,” he says.

The mechanics of the unloading brace

To understand what an unloading brace does, Dr. Whalen suggests looking straight-on at someone whose knee joint is affected by osteoarthritis. Pay attention to the inside or medial part of the knee, which is closest to the other knee, as compared to the lateral portion, which is on the outside of the body.

For most patients, there is asymmetry with the medial side because the narrowing most commonly begins on the inside portion of the joint. Then, the knee will bow outward.

“It’s like that outside tire tread that typically wears out faster than the inside,” says Dr. Whalen. “In fact, some people think they have a hip issue when it’s really their knee.”

For a smaller percentage, the asymmetry involves the lateral side, resulting in knock knees. In either case, unusual stress is then put on the hip, ankle, knee and back.

The unloading brace uses a pulley system of tension to bring the knee back to midline. When the knee is in proper alignment, the stress is off the joint, and the narrowed joint space opens back up, relieving joint pain.

It only works when the brace is on. “I recommend to my patients that they wear the brace if they’re going to be on their feet for an hour or longer,” says Dr. Whalen. He also recommends the Knee-Flex 5 Step protocol, an FDA-approved treatment that helps re-lubricate the joint, reduce pain and restore mobility - without surgery.

A very small segment of patients are fortunate in that their knee-joint narrowing is balanced on both sides, says Dr. Whalen. “The only brace they may need in this case is one to stabilize the knee to minimize falls,” he says.

An Ace bandage only provides the bare minimum support. It is recommended to opt for support with a hinge, which prevents hyperextension and offers more significant stability.

A hip unloader uses the same principles as the unloading knee brace. It is worn around the waist and anchors on the ‘good’ side. Tension is applied to unload the compromised hip. It’s a little more inconvenient, but it is a useful nonsurgical approach to hip osteoarthritis – especially in combination with VisCare-Flex™.

Bracing the wrist or ankle is uncommon, and the shoulder is tricky, too. But VisCare-Flex™ is successfully used in all these joints.

Why not contact Flexogenix® today for your free consultation to discuss how joint pain can be relieved without going under the knife.