Does Running Increase the Risk Of Knee Osteoarthritis? 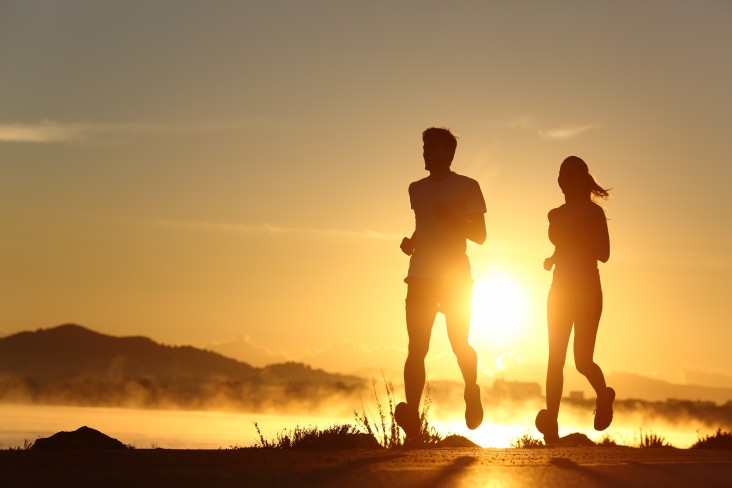 This blog post was updated on May 26, 2020. Previous comments have not been removed or edited.

If you like to run, you may worry that it could contribute to osteoarthritis (OA) by wearing down the cartilage around the joints. As it turns out, rather than increasing the risk of OA, frequent running could actually protect you, according to a rheumatological report released in November 2014. The findings are aligned with the conclusions of a wide scale study released in 2013 and explained biomechanically by a Canadian study released the same year.

The November report, published by the American College of Rheumatology, looked at information from almost 2700 patients. Researchers gathered data related to major forms of exercise at various ages.

The mean age of participants was 64 years old. Each of the respondents provided activity details related to four age ranges during their lives: 12 through 18, 19 through 34, 35 through 49, and 50-plus.

Three in ten participants (29%) reported running as one of their major activities at some point during their teenage years or adulthood.

The research made it clear that the exercise is not actually damaging to the joints as some previous research has indicated. “Runners, no matter what the age when they were active runners,” explained HealthDay News, “had knee pain less often than people who didn’t run.” Additionally, they had less propensity toward arthritic symptoms in their knees, such as cartilage breakdown.

Although the evidence suggests that osteoarthritis could be prevented by going for regular runs, head researcher Dr. Grace Hsiao-Wei Lo of Baylor University cautioned that the research did not explore the effects of running on those who have already developed OA.

Baylor University’s findings confirmed that running is not only nonthreatening to the knees but can actually serve as a protection, as demonstrated by a massive data analysis published in July 2013. The research team of that study, which looked at 75,000 people who ran on a regular basis, said that they saw “no evidence that running increases the risk of osteoarthritis, including participation in marathons.”

In September of the same year, the New York Times reported on a Canadian study that looked at walking and running from a biomechanical perspective to better understand the impact on the knees during the activity. Using motion sensors and related technology, the researchers found that when participants in the study ran, they hit the ground with triple the force as when they walked.

Although the feet of runners came down especially hard, they had longer strides that allowed them to make contact with the ground fewer times. Their feet also left the ground more quickly than did those of the walkers.

The final conclusion was that running and walking deliver approximately the same degree of force to the knees over the same distance.

Running is a proven way to lose weight. However, it is important to consult your physician before starting any new exercise regimen. Remember to take it slow. Make gradual changes to your diet and exercise, easing in to any new program. If you ever feel pain when exercising, stop and consult with your doctor immediately.

As Dr. Grace Hsiao-Wei Lo implied above, these studies do not indicate that you should go out for a run if you are already suffering from osteoarthritis. Instead, it’s critical to get expert help. Seek the experts at Flexogenix® to learn about how our non surgical solutions can improve your knee pain and get you back to the lifestyle you deserve! Contact us today to qualify for your no-cost consultation!