Strengthen the Hips for Strong Knees 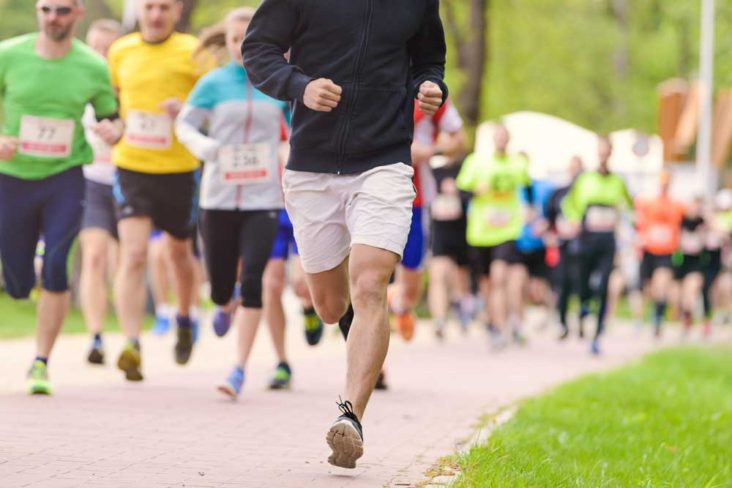 Running is a great form of cardiovascular exercise, but it can also lead to chronic health conditions such as patellofemoral pain syndrome, or runner's knee. Runner's knee is pain experienced at the front of the knee. Often resulting from a degradation of the cartilage beneath the kneecap, this syndrome is common among athletes, people who work in manual labor, and teenagers.

It is important for runners to understand runner's knee because it is so highly prevalent. The knee is the part of the body that is the likeliest site of injury if you run, and runner's knee is the most frequently occurring knee injury. Recent research reveals that this form of knee pain could be generally improved by strengthening the hips.

Hips eventually identified as the culprit

Runner's knee is not related to structural issues. Instead, it is simply the pain within the kneecap.

Runner's knee used to be commonly linked to chondromalacia, which is cracking or splitting of the cartilage at a joint (in this case the knee). However, one does not necessarily follow from the other; they often arise independently. Orthopedists also used to think that this knee pain condition was caused by the tracking of the knee becoming faulty while running.

Both of these perceived causes of runner's knee mistakenly identified the knee as the location where the actual problem was; because of that, they wrongly assumed that treating and strengthening the knees would alleviate the discomfort.

Now, researchers believe that a “knock knee” form problem that results from weakness in the hips, technically called a genu valgum, is the most common reason for runner's knee. Since weakness is often the cause of runner's knee, it follows that strengthening the hips would help to alleviate the condition.

Scientists at the University of Calgary wanted to measure exactly how well focusing on the hips worked to relieve runner's knee pain – whether strengthening the knees could essentially occur via strengthening the hips. Participants in the study completed hip abductor strengthening exercises for three weeks, with measurements taken before and after the exercise regimen of reported pain ratings, maximum strength of the hip abductors on each side, and variations in knee kinematics while running. Following the three weeks of hip exercises, pain ratings were lower, strength was bolstered, and knee movement was more consistent.

How can you strengthen your hips to fight runner's knee?

Understanding the role of the hips in knee pain, we can make use of a simple, effective and straightforward hip strengthening exercise – the resistance band lateral walk. You want to start with a resistance band around your legs below your knees. Stand with your knees bent just a bit and with your feet wide enough apart to make the band taut (but not stretched). Step to the left with your left foot. Now move your right foot the same distance to the left. Take 20 steps to the left. Then switch to the opposite side.

Are you suffering from knee pain?

Strengthening your hips could be a good recovery strategy. Sometimes, though, exercises aren’t enough on their own. At Flexogenix®, our Knee-Flex 5–Step Protocol takes the very latest FDA approved, non-surgical knee pain treatment, and enhances it to provide a level of results that few others can match. Qualify for a free consultation.