The Dangers of Knee Replacement Surgery 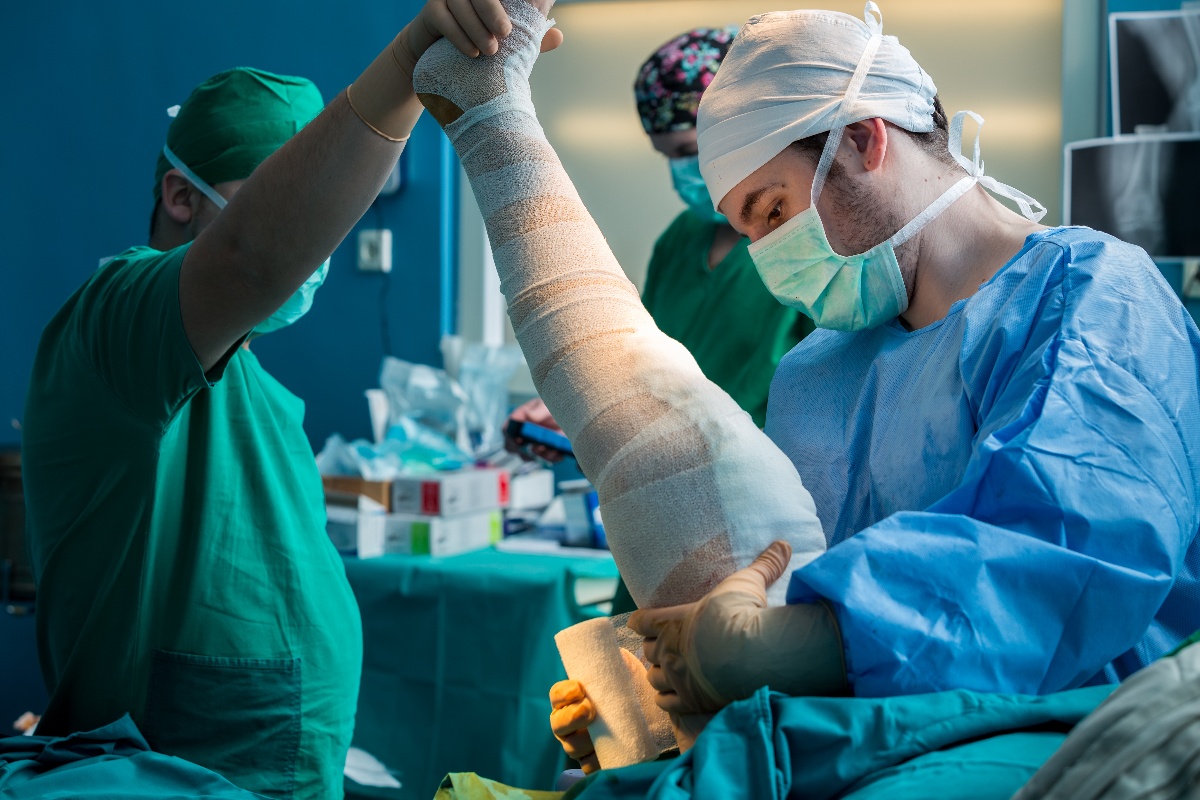 Millions of Americans suffer from osteoarthritis in their knees, leading to over 790,000 knee replacements being performed every year in the United States. However, knee replacements aren’t actually the permanent fix that they may seem to be. In fact, many patients actually report more pain after their knee replacement than they experienced before the procedure.

Over One Third of Knee Replacements “Medically Inappropriate”

Most knee replacements are performed as a solution for chronic knee pain due to osteoarthritis, rheumatoid arthritis, or post-traumatic arthritis. Of those replacements performed every year, about one-third of them are actually classified as ‘inappropriate,’ based on a patient classification system developed and validated in Spain, according to recent research published in Arthritis & Rheumatology.

Dr. Daniel Riddle from the Department of Physical Therapy at Virginia Commonwealth University in Richmond led the study, which examined several criteria that are used to determine if a patient is qualified to receive a knee replacement surgery. Data was collected and analyzed from 205 patients that received knee replacement surgeries.

Researchers found that 34% of the surgeries were deemed medically “inappropriate,” 22% were “inconclusive” as to whether they were appropriate or not, and 44% were appropriate to be performed. Riddle and his colleagues found that the inappropriateness of knee replacement surgery was higher than expected, and also linked to further knee pain and loss of function. Because of these numbers, Riddle stressed the importance of implementing a “patient selection criteria” in the US, as there is currently no scale used to measure if a knee replacement is actually necessary.

Researchers at Virginia Commonwealth University (VCU) published an important study that focused on appropriateness of total knee replacement surgeries. Examining a list of factors designed in Europe to assess surgical validity, the scientists determined that knee replacement surgery should only be used when osteoarthritis was fully developed.

“This means not just severe pain but also impaired physical function,” explained Gretchen Reynolds of the New York Times, “like an inability to climb stairs, get out of a chair or walk without aid.

The VCU team also argued that the replacements were typically a better solution when patients were at least 66 years old, since the artificial knee typically degrades in about 20 years – meaning that surgeries would have to be repeated during the lifetime of younger patients.

Finally, they looked at a previous analysis of 200 adults who were suffering from knee pain and eventually had the joint replaced. One of out every three patients in that study had mild arthritis and were inappropriately selected for the total knee replacement operations, the team found.

With over one-third of knee replacements being considered inappropriate, some cases of knee pain should be treated with a much less invasive and more economic approach. Flexogenix® offers non-surgical solutions for knee pain that have helped over 40,000 patients avoid having knee replacement surgery. Learn more about our Knee-Flex 5-Step here.

Blood clots - Surgery makes it likelier that you will experience a blood clot. “That’s because the clotting process is stimulated as your body attempts to stop the bleeding and close the surgical wound,” said Samuel Greengard of Healthline. “The surgical procedure may stimulate clots to form in error in blood vessels, which then may block the normal flow of blood.”

Infections - Infections are of particular concern to individuals diagnosed with diabetes or rheumatoid arthritis, due to their more vulnerable immune systems.

If you’re considering having surgery for your chronic knee pain, it is important to know your options. With thousands of unnecessary knee replacements being performed every year, make sure to get a second opinion before deciding to undergo risky surgery.

Contact Flexogenix® today to schedule your no-cost consultation and let our experts show you how our non-surgical solutions can relieve your pain and improve your life! Get back to the active lifestyle that you deserve today.